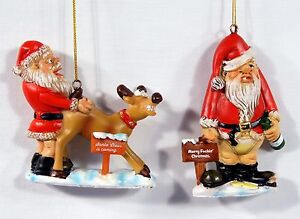 There is no place to hide.

So it is that time of year again, which means time for my annual rant about CHRISTMAS CHRISTMAS CHRISTMAS blaring from every quarter until I am reduced to inarticulate shrill screaming. The silver lining of living in Coronastan is that currently all our groceries are being delivered, sparing me the endless Yuletide crap on the store PA, and I don’t expect the underpaid service workers (we try to tip well) to carol me when they drop stuff off, so there’s that. But then there’s my beloved classical radio station, which commenced at 11:43 today with an orchestral rendering (as over a slow flame) of Adolphe Adam’s well known “Oh Holy Night.”

To the bomb shelter.

Really. Every fracking year. One-twelfth of my ambient musical life (I could stack CDs, and do, but sometimes you just want to tune in and be surprised by a string trio you never heard before, instead of Leroy Anderson’s “Sleigh Ride” set for saxophone quartet). WHY DO YOU THINK I WANT TO HEAR ADESTE FIDELES SIXTEEN TIMES A DAY? I go around humming “O come let us deplore him, O come let us ignore him,” but it keeps happening.

This is on top of the dismaying revelation of last night that the station’s listeners have a taste for schlock. Most years they have  “Classical Countdown,” and people vote for favorite pieces which are ranked and broadcast starting the Monday before Thanksgiving, working up through 100 top vote getters till the winner airs at nine on Thanksgiving.

It’s almost always Beethoven’s Ninth. This year, the station took Beethoven out of the mix because they’ve been doing  a month-long Beethoven retrospective (six different performances of the headlong, coked-up Seventh Symphony: that I can take). And I was afraid what I’d learn from that, and I did.

Brahms and Mahler, with their meticulous contrapuntal construction and wrenchingly Romantic themes? Way down in the mix. Mozart’s sublime, heartbreaking Clarinet Quintet? Even further down, barely squeaking in at 90th place. The epically narrative opium dream of Berlioz’ Symphonie Fantastique? Almost fell off the boat at 98th.

The final evening? While I’m dressing for dinner, they’re playing Gershwin’s pandering garbage Rhapsody In Blue. Lookie me, I’m an American Composer! I can make cool noises and insert unearned climaxes and make the tempo start and stop! Tenth place? Vivaldi’s Four Seasons, aptly described by my late and ex husband, a walking Schwann catalog, as mostly “deedle music” (in which the violins interminably run up and down the scale or repeat an eighth note figure over and over, deedle-deedle-deedle). I realized that this was one of the handful of pieces known to people who don’t know music when some idiot in my massage class, assigned to make the choice because someone had hear her play guitar once, selected a bouncy movement that sounds like a hopscotch rhyme as processional music for our graduation. Who the hell can process to boop-de-boop-boop? (But they used it. Christ.) I braced myself for nine p.m., after a nice interlude of Respighi, not on the Countdown.

Don’t get me wrong about Dvorak. He was amazing. The 8th Symphony? You get out of your chair and dance in places, feel like bowing down in others. The A Minor Piano Quintet? First time I heard it was an epiphany. But the New World? He tried, as an hommage to his experience in the US, to string together something that “sounded American” (fun fact: he did not use the tune of a spiritual, he wrote a melody that he thought sounded like a spiritual, and succeeded well enough that it’s now sung in churches because someone set words to it but… he was a Czech guy on sabbatical in Spillville, Iowa, people).

It’s corny. It’s tired. The New World, the war horse that every sixth grade class breaks out in Music Appreciation because it’s simple-minded enough for kids who only know what’s on pop radio and don’t have much patience for a complex piece of music.  Those kids grew up without ever paying much attention to a single other classical piece long enough to remember the title, and voted it top of the list. You know it.

Here I am in the “most educated county in the nation” and their tacky soul is laid bare. They vote up Beethoven’s Ninth when they can because they’ve been told it’s Great Music, and dang if it ain’t, but they really want cheap movie music dressed up with an orchestra. They want something that’s ‘MURRICAN ’cause ‘MURRICAN.

They want a month of droning Christmas carols. Apparently. I don’t know why else the station plays them.

I think I’ll slap Elektra, Salome and maybe Tosca on the barbie and listen to blood and mayhem for awhile, to cheer myself up.